Weak throw, even in our bathroom. Very clean, bright burn though. Still, with such a weak throw I won't be trying more candles.

Easy to use but smudges. I'm sorry they discontinued the previous version as I heard good things about it.

Greasy! I will not repurchase. I keep it in the car as a backup in case I need sunscreen.

Meh. A pretty mediocre candle in my opinion. No throw to speak of. Will not repurchase.

I never pick the right color for my pedicure; I get overwhelmed by the choices and then choose something that catches my fancy for a minute, but I always regret it when I see it on my nails.

Did you know what it's like to go to the movies in the U.S. if you're deaf?

I had no idea that this was the U.S. experience when you want to see captions at the movie theatre. That assistive screen looks pretty unwieldy!

Digression #1: when I was living in Japan, subtitles were often an option at non-Japanese films, so you could choose to see the movie dubbed in Japanese or subtitled in Japanese. I usually wanted to hear the original language, be it English or Chinese or French, and a lot of Japanese movie-goers apparently like to also, so I always went for the subtitled option, which was displayed at the bottom or right side of the screen. The challenge for me was that subtitles were hard to find for Japanese films; fortunately Studio Ghibli films are often offered with subtitles 😁 I can understand Japanese, but there is always going to be vocabulary I don't know, so being able to see the kanji is handy for getting the gist.

Digression #2: watching Fahrenheit 9-11 in a Japanese theatre was an interesting experience: the Japanese subtitles lagged the English audio by a second or two (also Japanese grammar means you usually need to hear the entire sentence to understand the meaning and nuances, so timing is just different). When they showed the footage of troops in Iraq getting pumped for battle by listening to The Bloodhound Gang's "Fire Water Burn" with the "burn [expletive] burn" line, my friends and I started laughing while the Japanese people around us listened in bewilderment and then horror. This was characteristic of the whole movie - our laughter was always out of sync with the rest of the audience, and sometimes we were the only ones laughing 😳😅 I'll bet most Japanese people who saw that documentary came away thinking that the U.S. is barbaric (which is a completely justifiable conclusion).
Posted by kuri at 7:11 AM No comments: 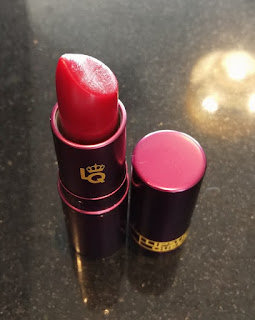 I'll share more details later, but the color is perfect. It has the right amount of sheerness to make it easy to swipe on but still enough pigment to make me look polished. Great texture, decent wear. I should have gotten it years ago!
Lipstick Queen Medieval Lipstick 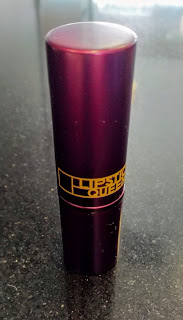 As a chai, it's not very good - no spiciness and not very sweet. I prefer the original flavor Soylent.

It leaves a white cast to my lips so it is not a low-maintenance option.

I won't be repurchasing.

Thumbs up on the Vichy micellar water - works well and gently.

Things I am loving: Uniqlo 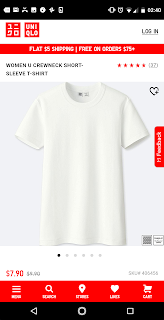 Uniqlo U items are my jam right now; particularly their cotton tees. I have multiple versions of their crewneck short sleeve t-shirt - and I even bought one in white! It has been years since I bought a white t-shirt, since they're usually pretty see through at the price point I shop at. But these Uniqlo U cotton tees are thick and soft and comfortable - the perfect relaxed fit for me. 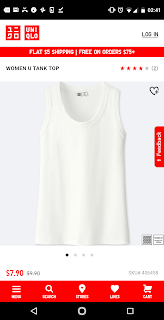 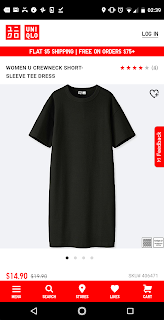 I always check out the Ines De La Fressange collection, and this summer one is a hit with me. Her french terry items sold out pretty quickly, but I did get her linen blended round collar long sleeve shirt and it is the perfect summer topper that I have been looking for; a heavier weight than their regular linen shirts. 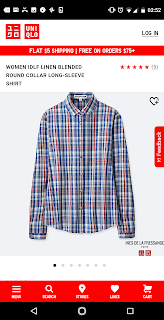 I am currently enjoying the 3D cotton crewneck short sleeve sweater but I may need to size up for my preferred loose fit. 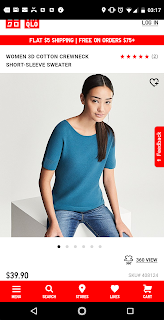 I also live in a Uniqlo U sweatshirt from the winter collection, and have a few of their slacks - great for work. Their regular supima cotton shirts are great for layering, so I just picked up a few more long-sleeved and 3/4-sleeved shirts. Their pants consistently tend to fit me well - I like their jeans a lot.

Also, a thumbs up to their Karakami, ramen, and Gudetama t-shirt collaborations, and a thumbs down for their mobile app. Their website needs to speed up too. Informative, and the reviews are great, but so slow.

All photos taken from uniqlo.com
Posted by kuri at 7:08 PM No comments:

Happy 2018! And Why Does Breastfeeding Need to be Exclusive?

This exclusive breastfeeding initiative bothers me for several reasons:
- The goal is a healthy baby. Demanding a specific path to that goal is unnecessary and produces rules and policies in line with exclusive breastfeeding that are not necessarily in line with the real goal of a healthy baby. It's like locking 3 out of 4 exits in a burning building. Sure, maybe it's not ideal that people go through the kitchen to escape the building, but the goal is that they get out alive, right?
- Is there any evidence that supplementing with formula in addition to breast milk is not as good as exclusive breastfeeding? Why this emphasis on exclusivity?
- An unknown percentage of women are unable to breastfeed for various reasons. This unnecessary emphasis on exclusivity sets them up for disappointment and feelings of failure, during a particularly challenging time both physically and mentally.
- When studies controlled for factors like economic status, education, and mother's IQ, there was very little difference between exclusive breastfeeding vs formula feeding.

Much more info here at https://fedisbest.org/about/
Posted by kuri at 4:23 AM 2 comments: