It's hard not to buy lipstick...

I bought a moderate coverage lipstick from Integrate Gracy for my mother though - I hope she likes the color.  It's nice having testers available!  But conversely, it's a bit dangerous.

I played with a tester of Shiseido Prior Beautiful Lift Lipstick in Beige 1 (2862 JPY) - it seemed a very easy-to-use, my-lips-but-better color.  But what I really enjoyed was the new Shiseido Maquillage Dramatic Rouge in the limited edition RD351, a very sheer red.  Lipsticks are so much fun; it's really hard not to buy more.

However, I am really enjoying the lasting power and versatility of my Shiseido Lacquer Rouge RD413, so I will content myself with that for now.

Musing: on the difficulty of discarding makeup that I don't love 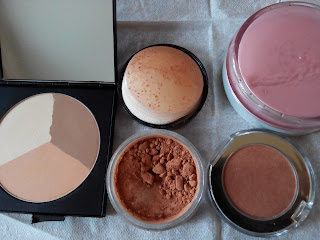 I am having extreme difficulty discarding makeup no matter how useless it is.

However, for the life of me, I can't seem to let go of the products that are just ok.  I'll try just putting the subpar products into a box and see if I can just let go of the box some day. 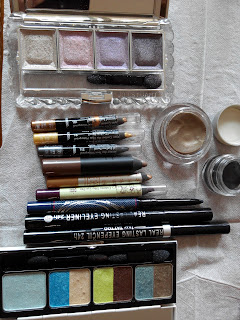 The Uni Jetstream 0.7 is a smooth pen that makes writing fun.

Incense, and other things

Wow, has it been more than a month since I posted?  I've been rather occupied with helping my mother out lately.

It seems like I haven't been able to find a good incense since the Aomori Hiba incense.

The old standby Shrinivas Sugandhalaya Satya Sai Baba Nag Champa that I ordered in a huge box from Amazon came all roughed up - not at all its normal self.  I've been trying to use it up but since I mistakenly ordered a huge box, it'll take me months.  I purchased an interesting twisted paper Deodar Cedar incense from the Himalayas, but DH complains that it smells moldy.  I need a good incense exchange!

In other news, my cousin told me about Olay's Total Effects moisturizer, so I bought some from Costco for my mother to try out.  If she rejects it DH can try it out.  I suspect the packaging won't appeal to him though.

Janet Jackson's new album is out! I love her new song with Missy Elliot: "BURNITUP!"